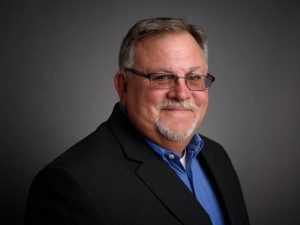 Congratulations to Mr. Todd Deaton, Executive Vice President at Wildman Business Group, on celebrating 40 years with the company this year. His valuable contributions, continued loyalty and dedicated leadership at Wildman has played an integral role in the business and led them to where they are today.

Todd began his career early in 1977 after graduating high school. Starting off as a Route Driver, he was quickly promoted to Branch Manager, Plant Manager, General Manager, Vice President, and now leads the Uniform & Linen Division as the Executive Vice President.

“We truly would not be where we are today without Todd’s guidance and expertise over the past 40 years,” said Josh Wildman, CEO of Wildman Business Group. “Todd has an eye for growth, is excellent at cost reductions and has led our largest and most profitable division to success. It is because of his leadership that our business has steadily grown and I’m blessed to have him as a part of the Wildman family.”

Wildman has been deemed an “essential business” and will remain open.Click here to read Wildman’s response to COVID-19 >>
+